A Lego fan is challenging himself to create a mini version of the University of Edinburgh’s Main Library in just 100 Lego bricks to raise funds for people with sight loss.

Stewart Lamb Cromar, 46, has vision loss himself due to a detached retina in his right eye. In the last year, Stewart has used his life-long love of Lego to help him adapt to life with sight loss.

Now the Interactive Content Manager, who has worked at the University of Edinburgh for over two decades, is channeling his creativity with the little bricks into his unique fundraiser for the charity Sight Scotland.

Stewart said: “With my vision loss, one of my biggest worries was not being able to use computers or play with Lego, so I challenged myself to keep going with that and I think that’s where Lego has helped me.

“I’ve chosen to build the Main Library for this fundraiser because my first job was on George Square, so I always used to go to the library. I like the architecture as well and there’s that strong association with nice people. For me, it’s the hub of the University.”

In May 2020, Stewart, who has Type 1 Diabetes, suffered a detached retina. After undergoing five eye surgeries in the last year, the condition means Stewart can no longer read with his right eye. Determined not to lose one of his favourite hobbies, Stewart has continued to build his Lego creations and says it has been helping him with his rehabilitation.

Stewart said: “Vision loss has become a key part of my life. I’ve been Type 1 Diabetic since I was 16 and I’ve always looked after myself, but you know sight loss is a potential complication.

“I’ve had preventative treatment in recent years, but I had my first major incident last year where I suffered a detached retina. That was quite traumatic, it was during the night and you don’t anticipate these things.

“Glare can affect me and I can get double vision. I definitely get fatigue and occasionally I get a lot of pressure in the eye and that can cause tension headaches.

“My brain is readjusting to this new vision. I can’t read anything of any size with my right eye. The biggest issue is depth perception – I’ve had a few incidents where I’ve spilled things or walked into door frames. I find it’s an issue with seeing for those really fine motor skills.

I find Lego’s helped with my depth perception, working on picking up the right brick. I’m also part of a Scottish fan group is called Tartan LUG (Lego User Group) and that network has  been really supportive.”

Stewart’s Lego Main Library build is his interpretation of Sight Scotland’s ‘Sight for Sight’ campaign, which encourages people to take on a fundraising challenge for Sight Scotland that is inspired by a favourite Scottish sight.

Earlier this year, he won a Lego competition at work with a 500-piece version of the Main Library. The overwhelming positive response to the pictures of the build on social media spurred him on to create a 100-piece version for charity.

Stewart, who has also documented his experiences of sight loss in his blog, stubot.me, said: “People resonate with Lego. I wanted to do something to capture that momentum [of the 500-piece library response]. Along with writing my blog, I’d been looking for positive outlets to try and move forward following my surgeries and thought, ‘I’m going to try a fundraiser’. Aftercare and support for vision loss is so important, so I chose to fundraise for Sight Scotland.

“I’ve been using the #SightforSight hashtag to share the fundraiser on social media. I’ve barely left the house in the last year, so by choosing the library I’m celebrating a building that I hadn’t been able to visit.”

And Stewart has been touched by the messages and donations he has received so far on social media in support of his challenge.

Stewart said: “People read the story behind the Lego. I’ve even had donations from Lego builders in the US. I think what I’ve found rewarding and surprising is how many people have got in touch on social media to say how my story has resonated with them. I hadn’t anticipated that. It’s been satisfying to have people brave enough to reach out and share that.”

Kerry Lindsay, Head of Fundraising at Sight Scotland, said: “We’re hugely thankful to Stewart for taking on this creative ‘Sight for Sight’ fundraising challenge for Sight Scotland. It’s wonderful to hear about the impact Lego has had for Stewart.

Please visit SightScotland.org.uk or call 0131 446 3089 to find out more about ‘Sight for Sight’ and fundraising for Sight Scotland to support people with sight loss. 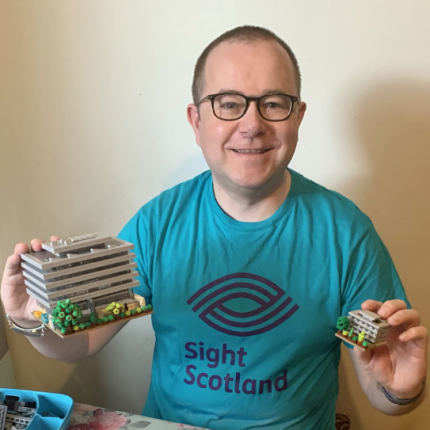 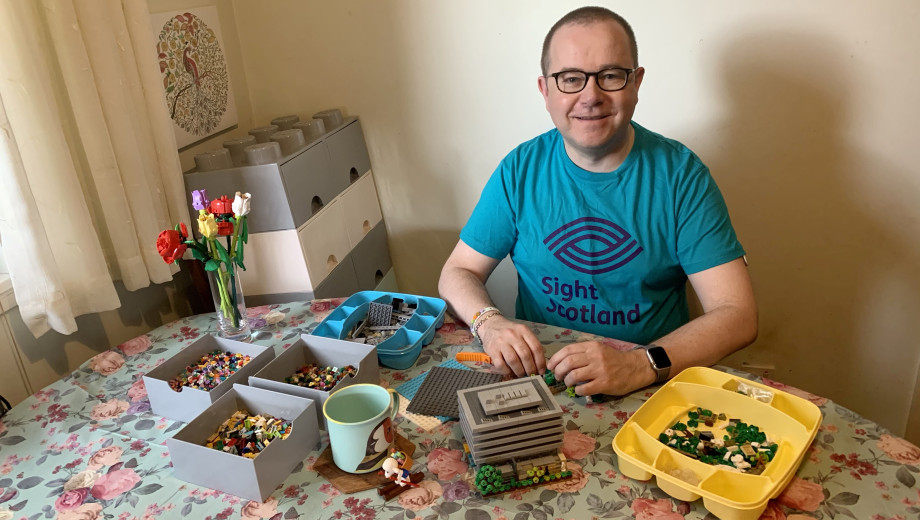 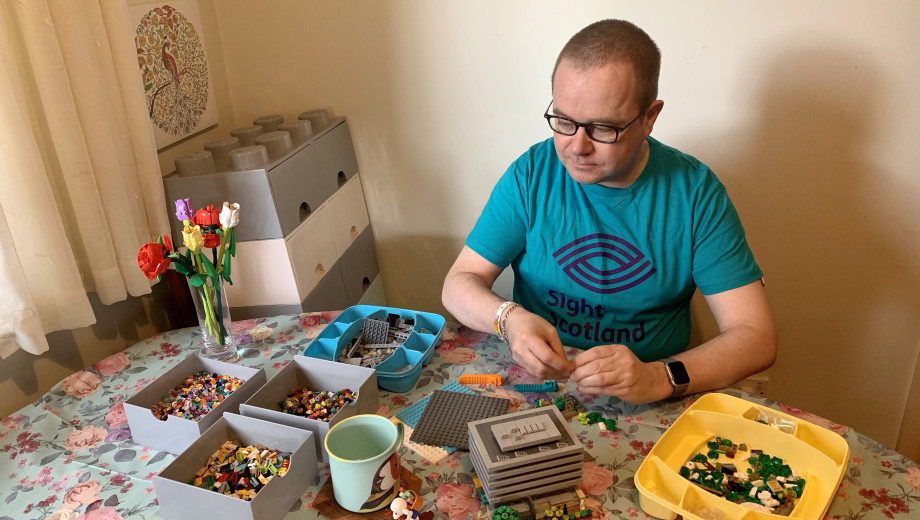 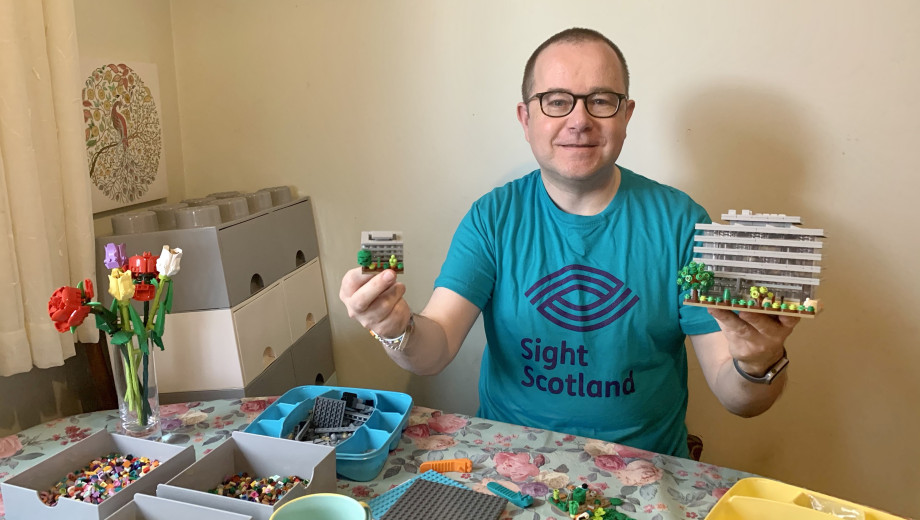 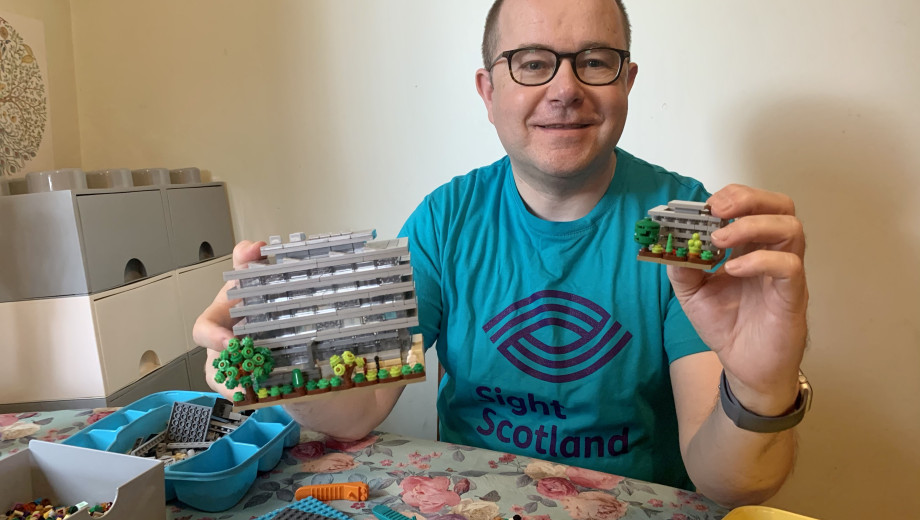 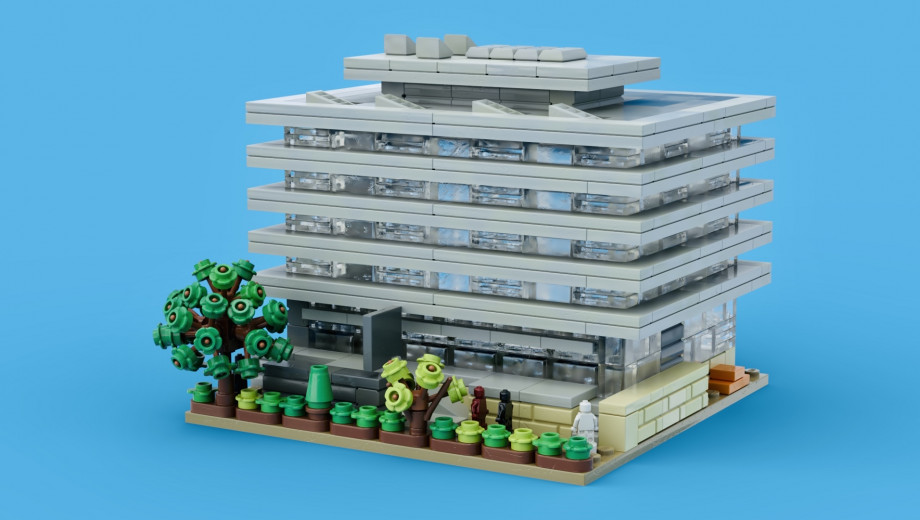 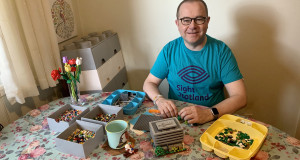 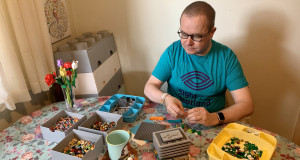 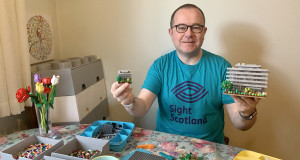 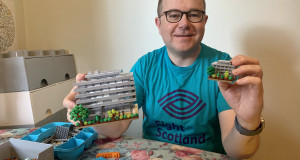 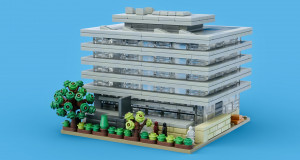