Amanda, 31, was diagnosed with Stargardt disease in 2016 - a hereditary condition which started impacting her sight in early adulthood.

With her sight deteriorating further recently, the mum-of-one contacted Sight Scotland's Family Wellbeing service to talk through her concerns.

“Getting a sight loss diagnosis at such a young age was a shock,” Amanda said. “I was diagnosed in 2016 because I’d been trying to pass my driving test and I knew there was something wrong with my eyes. It’s still come as a shock now that my sight has started to deteriorate further, as I’d been told it wouldn’t affect me until later.

"I have a blockage in both eyes for my frontal vision, so everything’s quite disorientated around about me. I can’t read much anymore – I’m having to use magnifiers or take pictures with my phone. I can’t see well distance wise.

“Stargardt disease is hereditary but I don’t know of where it comes from in the family. There’s a one-in-four chance of my daughter getting it, but it’s not something that can be detected at an early age.

“It’s been a huge change. Due to my sight loss I’m having to depend on a lot more people as well. I’d been quite in denial about it, but it’s now got to the point where I can’t read the sizes for my daughter’s clothes or faces are quite fuzzy and blurry and it’s only when people are close to me that I can make out their face. So it’s things like that I’ve been adjusting to.

“I know I’m not going to wake up and be blind but the worry of how quickly my sight is going to deteriorate is there. I got in touch with Sight Scotland because I can describe to others what my sight loss it like, but they aren’t going through it themselves, so it was good to speak to someone that knew about Stargardt disease.”

The Sight Scotland Family Wellbeing Service team has kept in touch with Amanda to offer support. Amanda is now exploring equipment options that could help at home, with support from Sight Scotland Community Worker Debbie McGregor.

Amanda said: “Debbie’s helped and supported me more than she knows. She continues to stay in touch to see how I am and keep me updated with advice about equipment and technology. The service has opened a lot of doors to me in terms of support.

“I’ve recommended the Sight Scotland service to a couple of people I know who have sight loss. More and more people seem to know someone who has an eye condition, whether it’s friends or in their family.” Advice for People with Sight Loss

If you need to talk to someone about sight loss, we'll listen. We'll explore what living with sight loss means for you or the person you support, and talk through your concerns, finding solutions together. 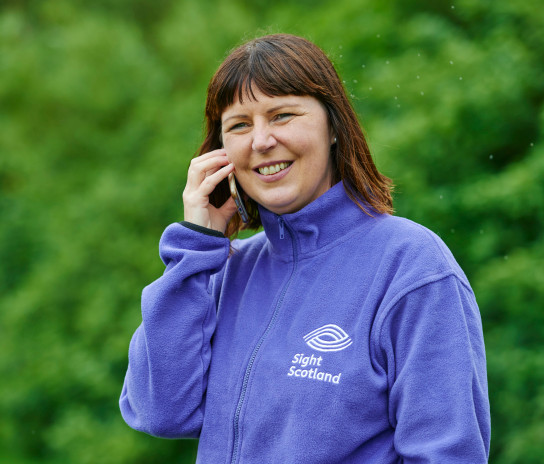 Someone To Turn To

Give everyone with sight loss someone they can turn to. Your donation can help people like Philip, Amanda and Agnes not to feel alone. 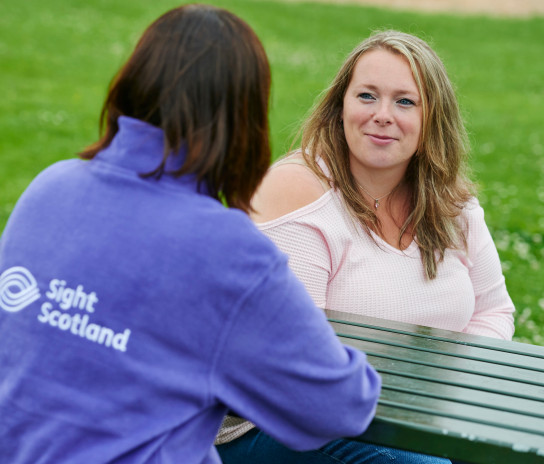