Last year, Scottish War Blinded and its sister charity, Royal Blind, joined forces with the Mental Health Foundation Scotland to produce a report about the emotional and psychological impact of sight loss on people’s lives.

To mark Mental Health Awareness Week from 18 to 24 May 2020, we are sharing some of the findings in the report, titled ‘Emotional Support for Sight Loss’.

The report was based on a study commissioned by the charities, as well as case studies from people living with sight loss in Scotland.

Nearly 400 people with sight loss took part in the study which found that 85 per cent of participants had experienced challenges to their mental health as a result of their visual impairment.

Based on the findings in the report, the charities stated that sight loss can have a significant emotional and psychological impact on people’s lives, creating feelings of fear, isolation, loss of self-esteem and depression.

Scottish War Blinded veteran, Eddie McKay, has glaucoma and spoke openly for the report about the impact his sight loss diagnosis had on his mental health. No longer able to work, and feeling no one was supporting him, Eddie said that over time his emotional wellbeing began to spiral.

Eddie said: “When they told me I have glaucoma I don’t think it sank in,” Eddie explained. “I didn’t know what to do. All I wanted someone to say was it’s going to be alright and this is what’s going to happen.

“I bottled up how I was feeling. I got to the stage where I thought, is it worth saying anything? I felt there was no help there and I started to feel isolated.

“My mental health was going down and down throughout all of this. I was sent to a psychiatrist for my depression and I was put on anti-depressants.”

“It’s a very important part of my life. It’s night and day between how I feel now and how I’d felt before. I’ve not been as aggressive or angry.

“Scottish War Blinded listens to you. You can talk to anybody. Members have all been in the services but we’ve all had different life experiences. You can listen to others and hear what they’ve experienced, and discover different ways to do things. Had I had that all those years ago when I was diagnosed, I probably wouldn’t have had half of the hassle.”

Eddie is currently isolating due to the coronavirus pandemic and is planning his days to keep himself busy. “I’m using my army training and not letting the boredom set in,” he said. “I’m always keeping busy to keep my mental health in check.

“I’m taking every day as it comes and have been able to keep in touch with members of Scottish War Blinded through video call or message.

“It’s good the centre officers are calling all the members to make sure we’re okay and I like the members’ Facebook group, especially the videos.”

Eddie isn’t alone with the impact a sight loss diagnosis had on his mental health. The study showed that ‘the four top challenges to emotional wellbeing identified in the survey were worry about the future; feeling of anxiousness; being upset; and feeling angry.

Those people who felt their sight loss had not resulted in any of these emotional responses indicated that they felt it was an inevitable consequence of ageing they had to accept and manage.

For the far greater number of people who felt their sight loss had resulted in one or more  of these emotional responses, they indicated there were a number of causes. These included loss of confidence, diminished self-esteem and inability to undertake activities they had previously been able to engage in.

As a result of the report, the charities made a number of recommendations, including increasing the awareness of the mental health needs of people with sight loss in health and social care services and better signposting to support.

Now in the midst of the coronavirus pandemic and with lockdown measures resuming, those living with sight loss could be experiencing an even greater impact on their emotional and psychological wellbeing. 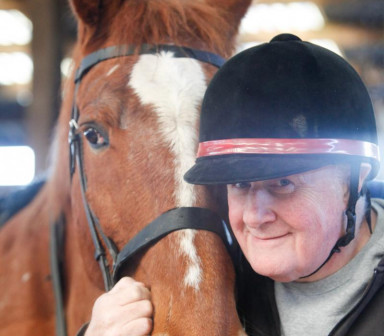