A smiling face can disguise the loneliest soul. The face may smile because it’s lonely and it’s pleased to see you. It may smile to hide the fear of knowing that soon enough, you will leave and it will be alone again. It may smile to disguise the shame. For to be painfully lonely can be hard to admit, and which of us wants to say, that in truth, we have no one? Which of us want to feel that? None of us, of course, because it’s a miserable feeling.

So imagine what it must be like to feel that way every day, without hope. This is the reality for too many people living with sight loss in Scotland. Tackling the scourge of loneliness in society requires political will and leadership, and Royal Blind and Scottish War Blinded have commended the Scottish Government for the beginnings of this through developing a ground-breaking national strategy to tackle loneliness.

The consultation on the new strategy prompted us to think about how blind and partially sighted people are affected by loneliness, so we embarked on research into this issue.   Nearly three hundred people of all ages supported by our services participated in our study, from pupils at the Royal Blind School to residents of our care homes and veterans at Scottish War Blinded. The findings were stark. Nearly two thirds of the vision impaired people who we spoke to said that their sight loss had directly contributed to feelings of loneliness, while almost all said they had accessed services to overcome feelings of loneliness.

The top three causes of loneliness were challenges with mobility and accessing transport, problems such as other health issues, and vision impairment making it hard to make friends. The top three interventions to overcome feelings of loneliness were support from Royal Blind and Scottish War Blinded services, equipment to help with vision impairment, and contact with family and friends.

With almost 200,000 people estimated to be living with sight loss in Scotland today, and this number projected to double over the next two decades, we are calling for the new national strategy on loneliness to include actions to support for people with vision impairment.  This should include more specialist support services, community transport schemes for disabled people, and more vision impairment training in communities and public services.

We were pleased to publish these findings in our report “Social Connections and Sight Loss” which we launched at a joint fringe meeting with Age Scotland at the SNP Conference in Aberdeen in June. Our new Cabinet Secretary for Health and Sport, Jeane Freeman, spoke at that fringe meeting in her previous role as Minister for Social Security, where she had responsibility for loneliness. She worked hard to ensure an inclusive approach to developing the new strategy. Her new role is equally important in taking forward action to prevent vision impaired people suffering from social isolation. A national health service which promotes vision impairment awareness, provides specialist support and signposts to agencies which can help keep people connected will make a huge difference.

But we can’t leave it all to government. As we launched our report, a member of Scottish War Blinded, William Montgomerie, received a standing ovation when he spoke movingly about his own personal experience of loneliness as a veteran.  He said “the biggest danger of loneliness is how it makes you feel about yourself.  The reality is that you might only speak to your Alexa device for days at a time – wishing her a Merry Christmas and no-one else.  It can make you feel suicidal.”  William also told us: “A lot of people don’t interact now.  You’re losing conversation. On the train, people don’t interact – they’re on phones and tablets.”  We all have a role to play. As well as the call to governments, to corporations and to the powerful, we must each ask ourselves are we doing enough? Enough for those we love, for family, friends, neighbours, for strangers.  Our new national strategy must only be the beginning as we work together, across the ages, young and old, across the sectors, third, public, private and across the political divide to put an end to loneliness.

The report “Social Connections and Sight Loss” is available on the Royal Blind website. ​ 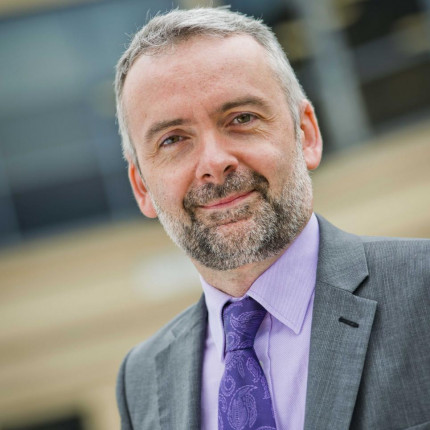