Murder at the Music Factory (Health of Strangers No. 4) - Lesley Kelly (Thistle No. 520)

The Health Enforcement Team is struggling with the aftermath of IT specialist Bryce's sabotage of government systems.

As Bryce threatens to shoot a civil servant every day until his demands are met, the civil service is in melt-down. Tas

ked with finding out who 'turned' Bryce, the team track down the last two groups he was monitoring - a group of student eugenicists who think the Virus should be allowed to take the weak, and a former progressive rock musician, now a survivalist. It's getting dangerous - and not just for the team.

This is the fourth of four books in "The Health of Strangers" series. 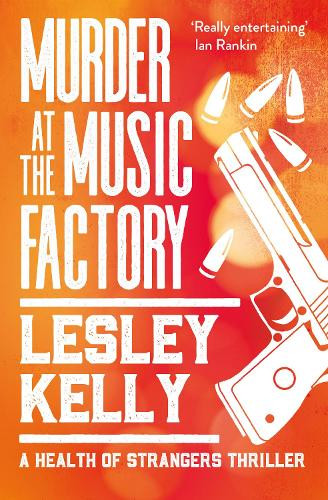