A blind veteran from St Andrews has been named ‘Role Model of the Year’ in the Scottish Veterans Awards.

Garry, who lost his sight in 2015 when he contracted chicken pox, has become an elite paraclimber since losing his sight. He has introduced many blind and partially sighted veterans to the sport.

In 2019, he even organised the first Combined Veterans Climbing Week – an event supported by Sight Scotland Veterans and Blind Veterans UK – which brought together veterans with sight loss from across Scotland, Wales and England for an intensive week of climbing activities at Edinburgh International Climbing Arena in Ratho.

Garry has also shared his own personal experiences of sight loss and successes in paraclimbing at a number of events, inspiring others to reach their goals and raising awareness of the support available to veterans with sight loss.

Garry said: “I’m so humbled to have won this award. It hasn’t quite sunk in. I’m just in awe – there were so many powerful stories from the veterans who were nominated for these awards and so many good deeds being done.”

The announcement of the Scottish Veterans Awards 2020 winners was due to be announced in April last year but was delayed until this month due to the pandemic.

Garry is now looking forward to the next Combined Veterans Climbing Week, which he hopes can take place next year.

Garry said: “I have plans in place for the next Combined Veterans Climbing Week, and I can’t wait until we’ll all be able to get together again after so long.

“At the last event it was fantastic to see how everyone progressed in skill and confidence in their paraclimbing throughout the week. It’s an incredible feeling to have been able to help others find a new passion and to prove to themselves that they can do anything.”

“A huge congratulations to Garry for his ‘Role Model of the Year’ award. Everyone at Sight Scotland Veterans was delighted to learn that he has been named the winner of this accolade.

“Garry’s determination to succeed, his sense of comradeship and above-and-beyond efforts to support for his fellow veterans mean so much to so many individuals. It’s wonderful that his achievements have been formally recognised.” 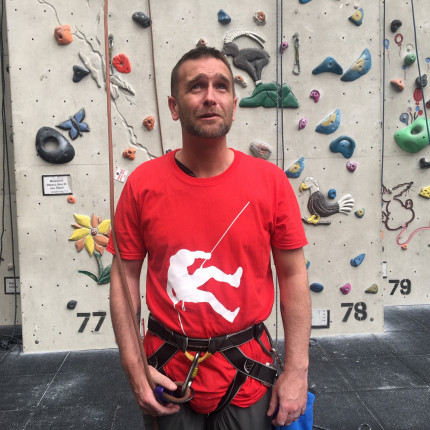